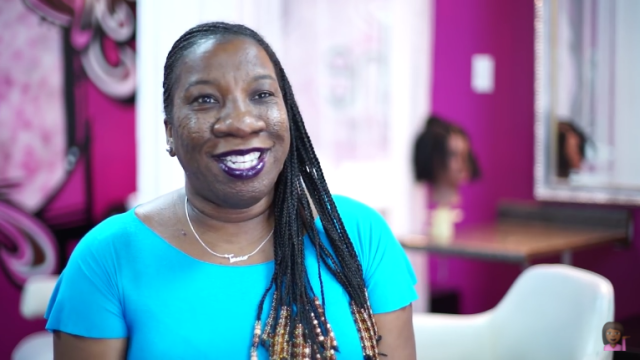 Those two words created a much-needed conversation about sexual assault and harassment that people have experienced in their lives. Although actress Alyssa Milano

is being credited for making this movement happen, alas, the truth comes out and once again, a Black woman was ahead of the game. How ahead of the game you ask? About 10 years before her time! Tarana Burke created the Me Too movement to better unify those who’ve been victimized by sexual assault. #BlackGirlMagic

Personally, I think that the heart of the message was conveyed as I saw numerous friends across my timelines post the words with bravery. I feel that some people really used it as a moment of release, while others used their platform as a place for encouragement. To say, “I’ve experienced this too” is powerful. Of course, there are people  who believe that nobody should have to reveal such an impactful piece of themselves to bring awareness to this epidemic, but if this is what it takes to start the conversation, it’s needed. If we’re going to be honest, nobody was forced to participate and it was a fully optional thing. I don’t know the exact reason why every person shared, but I do believe the goal was accomplished.

Now, where I struggle in this campaign is why did it take  this campaign to happen to bring awareness to an issue that we’ve continued to talk about for years and years? For years, women expressed their feelings about being sexually harassed and/or assaulted, yet the cries for help fall on deaf ears. Remember when 45 was talking about “grabbing women by their p****?” and “locker room” talk? Or what about Kesha who is still having to work with her producer who’s sexually assaulted her multiple times throughout her career? Still don’t believe me? Think about the women that are constantly reporting sexual assault or harassment to law enforcement (or others in authority) only to be dismissed or blamed for the situation? The conversation has to keep going and shouldn’t stop with this conversation.

Once again, society forces the survivor to tell the story and if society (patriarchal) decide that it’s worthwhile, then “change” can take place. Instead of challenging our own behaviors as men/males, we feign ignorance to the issues women bring up and talk about, especially Black women. I know that some people will be upset by “racializing” the situation, but I can’t help that. My framework as a scholar is that of a Critical Race Theorist (CRT) which posits that race is central and intersects with other forms of subordination in this country.

We use microinvalidations to negate what Black women say or experience and don’t take their voices seriously. According to a 2013 study by the National Resource Center on Domestic Violence, the National Sexual Violence Resource Center, and the Minnesota Center Against Violence and Abuse, approximately 1 in 5 African American women reported that they had been raped at some point in their lifetime. To make matters worse, specifically, 18.8% of Black women in the National Violence Against Women Survey (NVAWS) (Tjaden & Thoennes, 2006) and the National Intimate Partner and Sexual Violence Survey (NISVS) revealed that 41% of Black women experienced sexual coercion and other forms of unwanted sexual contact.

Instead of looking at our women, we have to look at ourselves men. How have we contributed to these staggering numbers against our women? I know that when I was younger, I would run around hugging on women, grabbing their butts, and I took their laughter as they enjoyed it. Or what about remaining silent when a woman would dismiss a friend and that friend would call the woman he was just talking to all kinds of “bitches” and “hoes” because she turned his advances down. We have a lot of work to do.